Mozambique and Norway have been collaborating in the energy sector for more than 40 years. In November 2018 the President of Mozambique, H.E. Filipe Nyusi visited Norway and took part in the Mozambique-Norway Energy Investment Forum hosted by NABA, NORWEP, Confederation of Economic Association of Mozambique (CTA) and the Norwegian Embassy in Mozambique.

The private sector collaboration was further strengthened last week in relation to the official visit by HRH Crown Prince Haakon of Norway. The Norwegian interest is growing, especially within the energy sector, due to the large gas discoveries made by Mozambique. In the renewable energy sector, NABA member Scatec Solar has set up the country’s largest solar power park.

28 Norwegian companies took part in last week’s business seminar, together with Mozambican counterparts, and government representatives from Norway and Mozambique.

CTA – our partner in Mozambique

In 2016, when Norwegian Minister of Foreign Affairs Børge Brende visited Mozambique, NABA signed an MoU with Confederation of Economic Association of Mozambique (CTA) – and this partnership gives NABA members access to new projects and insights about the business opportunities in Mozambique.

Some of the NABA members present in Mozambique

Read more about the renewable energy in Mozambique with our member DLA Piper.
Report: Mozambique and Norway 40 years of energy cooperation 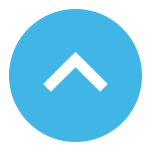